See how this modular product fits in a frame:

The new 3080IPSR is a hybrid layer 2 / layer 3 Ethernet switch device built using the fundamental principles of pure SDN. It can be used for building IP device management LANs or is also intended to be deployed alongside other packet based Evertz products, in context of multimedia delivery applications.

The 3080IPSR is an enterprise class device that can be integrated in different size topologies due to its flexible configuration from 16 to 64 ports running at 1GE/10GE speeds.

The 3080IPSR product is a switch capable of forwarding MAC and IP frames at line rate for all packet sizes from 64 byte to Jumbo 16k (for MAC) and 9k (for IP) respectively.

In Hybrid setup an Ethernet port can be part of either IP routing domain or Ethernet switching domain.

3080IPSR introduces a new software licensing model that allows the operator to Pay-as-you-grow. This enables them to activate new features incrementally. Layer 2 and 3 features on the 3080IPSR will be come available when activated by a license key.

Ethernet ports are associated with the routing domain. The routing domain represents all of the IP level rules that describe packet forwarding based on destination IP address. The Routing / Forwarding rules can be installed manually in a static configuration or by running a routing protocol such as OSPF. Any local interface also defines L3 routing rules by default.

In bridging mode MAC frames are forwarded in a topology defined by a Bridge or VLAN. VLANs ensure the traffic separation between different sub networks and restrict the broadcast flooding domain to a limited set of interested devices. 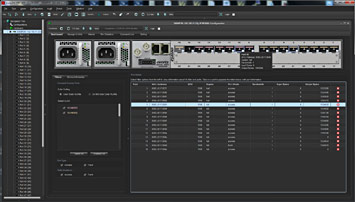 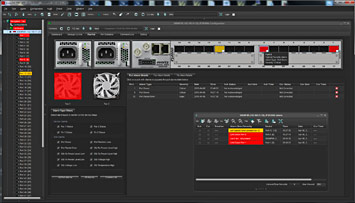